A better way to understand what is going on

Humans generally prefer to see information graphically as opposed to being confronted with a bunch of numbers in a table. For any cartridge/bullet weight/powder combination, the available reloading manuals give you only two data points: “starting load” and “maximum load”; and, at those two points you get a velocity and in most cases a peak pressure reading. That’s all!

You are forced to assume that a straight line between those two points is “good enough”; and,

Many years ago (1975 and now out of print), we published a loading manual in what we believe to be a much more informative format: 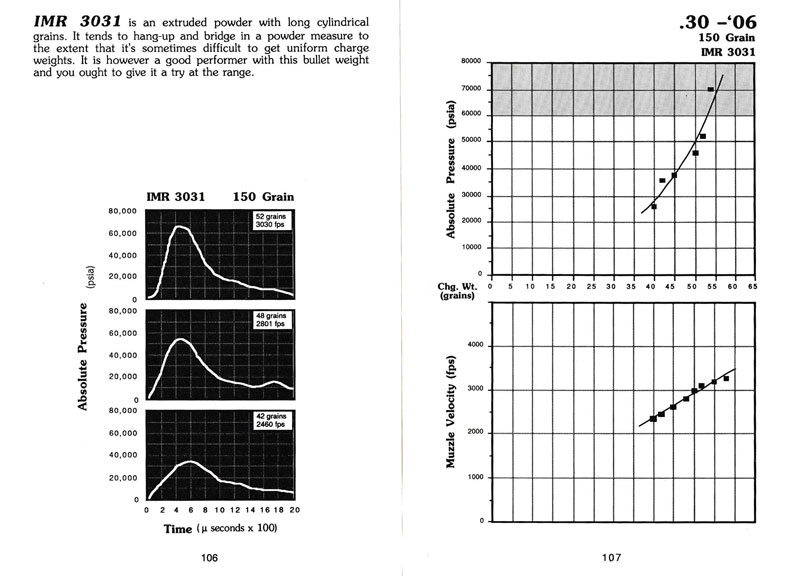 That book was aimed at exploring the upper range of cartridge performance, where the main points of interest are:

By way of contrast, the 4-Sigma ultra light, aluminum bullets function in the lower range of the performance spectrum. The peak pressures are so low that plotting them separately, and recording the pressure/time curves provided little useful information. So, loading data for the aluminum bullets is presented like this: 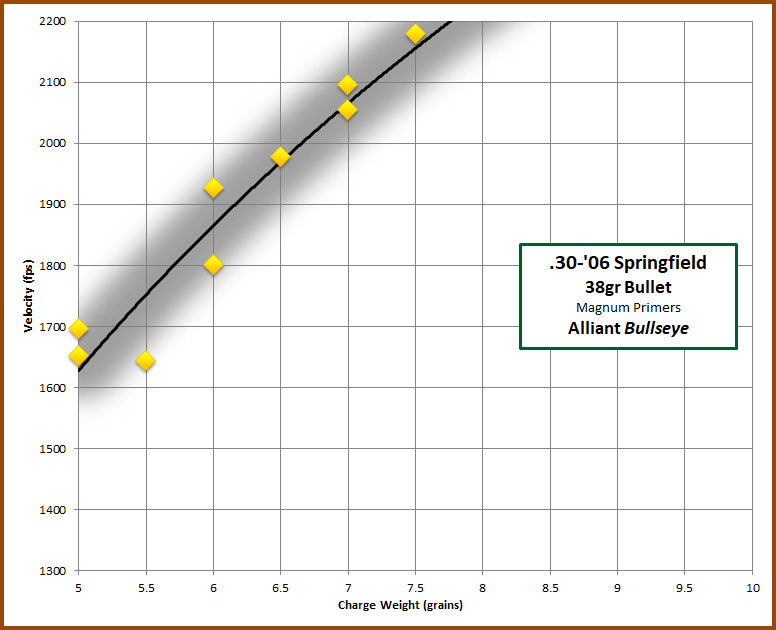 Here we can see the relationship between charge weight and velocity, as well as, the actual data points used to generate the graph, and an indication of the band within which loads are likely to perform in your particular rifle.

Since we are operating in the lower range of the performance spectrum, our main concern is getting a bullet stuck in the barrel. Because we are on the cutting edge with no literature data to guide us, stuck bullets happened . . . frequently. When they do, we show you what to avoid: 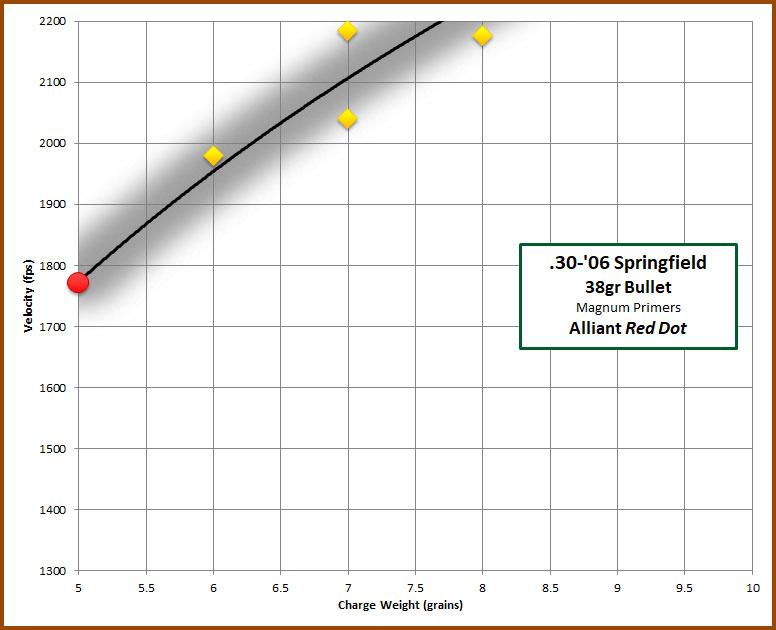 Stay away from the red dots!

In conclusion, we think you will agree that the 4-Sigma way of presenting reloading data gives you a better understanding of what is going on than you can get from other available reloading manuals.